Can Zinc Play A Vitual Role Against COVID-19?

There have been many articles written and studies performed regarding the question of whether or not zinc can be effective against COVID-19 infections; either as a preventive or therapeutic measure. In this article, we will review these recent studies.

Zinc is the most abundant element in the human body after iron. It is an important component in the structure and function of many proteins and involved in 10% of the human proteome. It plays a role in gene transcription and the structure of many catalytic enzymes and involved in biological functions including DNA synthesis, RNA transcription, maintenance of metabolic and immune homeostasis, and many other cellular processes. (2)

We know that the elderly are more susceptible to severe COVID-19 infections. We also know that as we age our levels of zinc in our systems decline.(5,7) Is this a matter of causation or just correlation? We also know that zinc has been found in numerous studies to be effective in the alleviation of symptoms of many respiratory viruses.(1, 2, 8)

However, there are also been studies showing that zinc is not effective against COVID-19.(4) How can this be? Recently, researchers have shown that zinc alone has difficulty in entering the cells that line the respiratory tract; but when combined with an ionophore, it can readily penetrate the cell where it can do some good against the invading viruses. The action that zinc takes against the virus once it enters the cell is to interfere with the polymerase that is responsible for the replication of the viral RNA. (1, 2, 5, 6, 7). So what is an ionophore? It is a carrier molecule that attaches to the zinc cations to form a chelate, and thus assists it in entering through the cell membrane.(1, 8) Among these zinc ionophores are plant derived polyphenols that attach to the zinc and increase the permeability of the cell lipid membrane structures.(2) These plant polyphenol ionophores would include: quercetin (a bioflavonoid found in apples, grapes, and onions), epigallocatechin‐gallate (ECGC, a bioflavonoid found principally in green tea), and curcumin (found in the turmeric root)

In addition, another potent and effective zinc ionophore is the anti-malarial drug, hydroxychloroquine (HCQ). (3,5) Although some studies have shown HCQ to be ineffective, it is now believed that these treatment failures are due to 1.) HCQ being used without zinc, 2.) The dosage was too high, or 3.) The treatment began at a late stage of COVID-19 infection when the patients were experiencing massive inflammation (the “cytokine storm”).(3)

A recent study of 518 COVID-19 patients showed that 2.8% of the patients treated with zinc, low dose HCQ, and azithromycin became hospitalized compared with 15.4% of the untreated patients. Only one patient in the treated group died (0.7%) while 13 (3.5%) of the untreated group died. Thus, there was an 84% reduction in hospitalizations and 80% decrease in mortality.(5)

Another study performed on 3,473 patients concluded that “Zinc with an ionophore was associated with increased rates of discharge home and a 24% reduced risk of in-hospital mortality among COVID-19 patients, while neither zinc alone nor the ionophore alone reduced mortality.”(6) These studies emphasize that, in order for the zincionophore combination to be effective, treatment must begin within about five days from the onset of symptoms. Zinc is not stored in the body, thus, must be obtained through the diet or supplements. The adult RDA for elemental zinc is 11mg per day. Zinc has shown to be important factor in respiratory viral pathogenesis or infections and Zinc has been widely studied as a treatment for viral upper respiratory infections. Global prevalence of zinc deficiency may be as high as 20%. The WHO claims that one third of the world’s population is deficient in zinc. Zinc deficiency has been demonstrated in diabetics and with increasing age. It has been estimated that 35% to 45% of adults over 60 years old have zinc intakes below the estimated average requirement. Almost 60% of elderly and nursing home residents in the U.S. showed decreased Zn intake levels.

To conclude, a review article in the journal Frontiers in Immunology from the Aachen University in Germany stated, “Zinc supplementation improves the mucociliary clearance, strengthens the integrity of the epithelium, decreases viral replication, preserves antiviral immunity, attenuates the risk of hyper-inflammation, supports anti-oxidative effects and thus reduces lung damage and minimized secondary infections. Especially older subjects, patients with chronic diseases, and most of the remaining COVID-19 risk groups would most likely benefit.”(7) Although self-treatment of a potentially deadly disease like COVID-19 is discouraged, the use of zinc plus an ionophore as adjunct therapy, both of which can be easily obtained from any health food outlet, has been thoroughly tested and found to be an safe, effective and yet inexpensive prophylactic and therapeutic complimentary weapon in the arsenal against COVID-19 infection.

IF USING A MOBILE, STROLL TO BOTTOM AND CLICK "WEBVIEW" 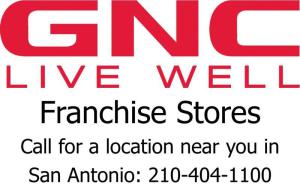